The symbols and insignia of Sigma Kappa have the great meaning which is revealed during the ceremony of Initiation. They demonstrate our heritage and values and are significant because of what Sigma Kappas believe. Members of Sigma Kappa are obligated to uphold our high standards and ideals, remembering that Sigma Kappas all over the country are bound by the same tenets. 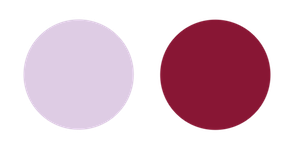 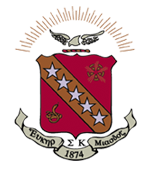 The Sigma Kappa coat-of-arms was adopted in 1911 and reflects the familiar symbols of the sorority - the dove, the violet, the Greek letters, and maroon and lavender. The significance of the coat-of-arms is revealed only during the ceremony of Initiation. 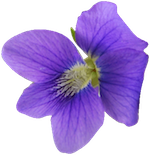 Violets were loved by Sigma Kappas from the very beginning.  The delicate flowers grew wild along the banks of the Messalonskee River where the founders sat and dreamed of Sigma Kappa. In June 1892, the violet was adopted as our official flower.  In 2008, the 83rd national convention clarified that the official flower was the wild purple violet which the founders had enjoyed during their walks in Maine. 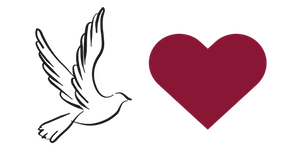 The dove was accepted as an official symbol of Sigma Kappa at the 1984 convention and its significance is revealed in the ceremony of Initiation. The heart was adopted at the 1988 convention because of the close connection to our open motto.

One Heart, One Way